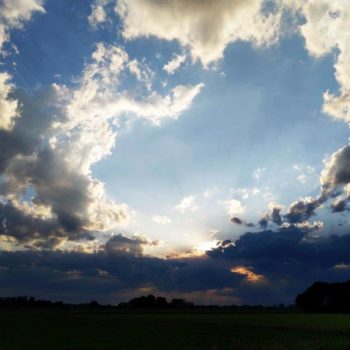 Reconnecting with the Netherlands: My Integration Story – Part 2

here I will share the second part of my integration story

In part one I shared some of my background and personal journey. I started to share about the different energy layers in our vicinity and that I feel have an influence on us. I intend to explore the energy layers which I have perceived when I was in the Netherlands. I invite you to feel if you recognize any of them, and reflect on how you perceive and feel them…

I invite you to consider your own examples according the energy layers described in the drawing, perhaps bringing clarity in how your energy is being affected regarding the place where you are.
Here I will share mine:

1. In our energy field is interwoven our personal painbody.
‘A painbody is an accumulation of painful life events that was not fully faced and accepted in the moments it arose. It leaves an energy form of emotional pain. It comes together with other energy forms of other instances, and so after many years you have a pain body, an energy entity consisting of old emotion’.
I could feel some old pains coming up while in the Netherlands, as I was confronted with a lot of memories; from previous relationships and family, subjects like trust, fitting into the system, grounding, sensitivity, expressing myself… In one sense I feel I have changed so much, I chose to live a different life and I am living differently. However I still have those aspects of myself within me; I have my painbody…
I found being in the place where I came from and grew up, brought up beliefs, conditionings again on a deeper layer. I experienced this as both confronting and with gratitude.

2. In our energy field is also interwoven intergenerational family patterns/ inherited family trauma.
The term intergenerational relations describes a wide range of patterns of interaction among individuals in different generations of a family. Mark Wolynn talks about inherited family trauma, he describes that just as we inherit the eye color and blood type we also inherit residue from traumatic events that have taken place in our family. Unresolved traumas, some going back two or three generations, can enmesh us in feelings and situations that don’t even belong to us.
I could see behavioral patterns repeating from my dad in me and my sister. He inherited a habit for example from our grandmother. When I was sharing with him and my sister I could recognize that habit, feeling and seeing it clearly in him and in us. Although I found it confronting, it also brought understanding.
I also experienced feeling pain from my mother on a very deep level with regards to what had happened to her when she was younger. This was more noticeable when I spent time with her and I felt it deeply.
Awareness of habit patterns and family trauma has been gained during plant medicine ceremonies where I have seen some pain and blockages in myself and where they are coming from… In those ceremonies, for example, I saw visions of my grandmother sharing with me about her patterns which she gave to my father and I saw visions of my mother and her pain. I was able to integrate these messages received in ceremony during the close time spent with my family. Again on a deeper layer, and with more understanding…

The natural world in our vicinity

3. Micro level: The natural world around us… Is there a place for us to sit quietly and peacefully in nature? Is there consciousness about Mother Nature around us? How much is Mother Nature affected by technology around us? Is there much more technology and buildings etc. around us than Mother Nature?
This energy layer had a big effect on me… When I am at home in Peru I spend lots of time in nature, to balance and to recharge myself, to connect and to receive messages. There are not a lot of technological influences around where we live. In the Netherlands it was a bit more difficult to find that place around me and to connect…
I could feel for example a difference in nature where I grew up. I revisited a place which felt to me that it didn’t receive a lot of attention from the people who lived there which made it more difficult to connect to the spirit of the land… However, I also was in a forest in the middle of the country where you could see and feel that there was more interaction with nature, for example small sustainable projects, nature coaching and therapies. I could feel the difference in energy, making it easier to connect to the Spirits of the land, the trees were talking…

Collective consciousness of the vicinity

4. Micro level: the set of shared beliefs, ideas, attitudes, and knowledge that are common to a social group or society which is interwoven in our behavior and thought patterns where we live.
It was difficult for me to ground when I was in the city, I noticed that at some moments I was going into automatic-mode in some behavior/emotions/ thought forms which were not necessarily serving me anymore, and which I didn’t have for a long time… It was a restless time for me, especially the first two weeks that I arrived. Then I went to visit friends who are living and working at a campsite in the middle of the country. The campsite is located in a beautiful green area and the vibes there are free flowing, open minded and non-conventional practices and way of life. There is a lot of art, self-sustainability, and community. I felt so different, I could finally ground and felt at ease around people who recognized shared ways of living and being. I felt much more connected to myself, I was more in my center instead of in my head.

5. Macro level: the presence of nature spread in the country. How is Mother Nature present and taken care of in a country, is there consciousness about the interconnectedness with Mother Nature? How is the connection with the ancestors of the land? Traditions?
It was interesting to feel on an energetic level the difference between the north and the south of the Netherlands. The north is bigger and has more developed, built up cities (the Randstad) and the south tends to have more villages and countryside around. I felt such a difference energetically. For me personally I felt in the South more grounded and calm…
I feel the Netherlands is a very advanced country in many ways; people believe in Manufacturability which has a big effect on how people experience interconnectedness with nature. This can lead to the belief system that mankind is more important than nature and is in control. That being said, people are waking up, they are aware of the damage that manufacturability can have on nature and are doing their best to help Mother Nature with sustainability and ecological projects.
What is interesting for me to notice, especially now I am living in Peru in the Sacred Valley, that there is almost no connection to Ancestral energies, you don’t hear anything about the Druids or the Celtic tradition there, it’s almost hidden, however Christianity is still present through churches. For me I love it here in Peru, to connect with the Ancestors of the Land, ancient rituals and ceremonies, to visit sacred places. My intention was to do that more and I finally did in the Netherlands… however once I visited with a sister the Sint-Jans church in Den Bosch, the church is located on a ley line which was calling my attention… And it was so interesting and profound to feel the energies there; I could feel the Christian energies and at the same time the energies from the Ancestors before the Christians, who were connected to the Ley lines. To explain briefly, for them it was a sacred place where the energies of Mother Earth are stronger, more prominent. I was grateful I visited that place, I could connect a little bit more with Ancestral energies of the Netherlands… and because I have been practicing that a lot in Peru, it was easier than some years ago. A new opening for me in this direction…

6. Macro level: See collective consciousness of the vicinity micro.
What really came up for me was the fast pace of life around me; distractions, stimulants and movements, consumerism and so on… feeling the energies of people being more in their head, adopting the ‘doing attitude’. On the other hand I have to share that a lot of things are being taken care of in the Netherlands which brings generally a safe and ordered environment, on the surface, with lots of opportunities. However, I felt these to be aligned with ‘quick fix’ energies that at times gave feelings of overwhelm and not something that resonates within me. I am referring to the Manufacturability principle and the sense of control from humans’ perspective…
I am living now so much more aligned with Mother nature’s rhythm and my own natural rhythm, that these energies in the Netherlands are now even more noticeable for me… and to be honest more difficult to cope with.

So the experiences I had in the Netherlands, helped me to distinguish and integrate teachings in these different energy layers. It also helped me to identify what was affecting me and why it was sometimes overwhelming; we are after all constantly working with so many different layers around us and inside of us…

It’s significant for me to share my experience, as my life is not one of convention in this context, and this offers different perspectives and insight. I am grateful to the country where I grew up in, it all played a part in where and who I am now. Embracing and accept change, I have reflected in how these experiences have taught me how to integrate energy levels in a way that is best for me.

There are some ideas shared in this post that can be credited to the following references:
Eckhart Tolle’s short essay on ‘Living in presence with your emotional pain body’ taken from excerpts from The Power of Now.
Thank you for ideas from Markwolynn.com & thoughtco.com